Outer Empires Faction Forum for the League of Gentlemen... come and visit.

Who we are and where we are

Who we are and where we are

The League of Gentlemen is a loose collection of pilots from all walks of life who have decided to work together for their mutual advancement.

Members are encouraged to follow their own path. They benefit from the vast amount of accumulated experience of the existing members and from the huge discounts given by the League's manufacturers to member pilots. Every assistance will be given to allow members to advance in whichever career they choose.

Members are roughly segregated into Managers and Safety Operatives. Managers primarily research and/or manufacture items and/or mine resources. Safety Operatives are primarily responsible for the security of members colonies, but will have some mining colonies of their own, at least for iron and Titanium to help with the manufacture of Star Stations. All members will be asked to maintain Star Station Defense Colonies (SSDCs) as and when they are required by the expansion of the League's territory. All members will be required to maintain at least one combat vessel for use in military emergencies.

The League is governed by The Board. The Board consists of those members with the Faction Rank of CEO and Director. These members are responsible for the inter-faction dealings of the faction. The Board are all experienced pilots who are willing to share their knowledge with new recruits.

With the advent of Pilot Skills, the Board has implemented a Job Tax on all members. This is, currently, set at five percent and allows the Faction build up its cash assets and the Board of Directors to accurately gauge a Faction Member's activity.

The League's main territory extends west and south-west of the Langlinion Cluster (2:1:1:1). The League maintains, at present, Star Stations in five systems: Onytel, D'invia, L'ainpas, Emetrisary and Feriod. Under the guidance of Director Easy Golfer, The League has new territory south-east of Aurlinfinn Cluster (2:1:4:2) with Stations at Iliszorary and Liuskait.

If you wish to be considered for membership by the Board of The League of Gentlemen, please include the following information in your application mail:

Character name and current rank in the game;

What ships hulls you have that are space-worthy;

Whether you have a preference for combat or colonising or, perhaps you would like to do a bit of both;

Your timezone or at least how far ahead or behind GMT you are, so we know when to expect you to be active;

Please, also, give an indication of your gender, so we will know how to address you.

Do not worry if your application is not decided upon to immediately. All applications are discussed by the Board, which takes a day or two. You should receive an acknowledgement of receipt within a day of application. 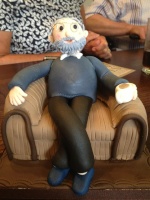